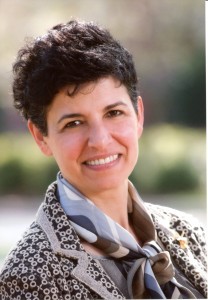 The New Frontiers of Validity and L2 Constructs

Theoretical and operational developments in measurement and language testing demand a reassessment of our validation and L2 construct representation.  In terms of validation Messick’s (1989) emphasis on construct judgments is giving way to Kane’s (2006) “interpretation/use argument” (IUA) justification.  In language testing, this shift is exemplified in the works of Bachman and Palmer (2010), Chapelle, Enright, and Jamieson (2008) Chapelle (2012).  The talk will discuss tenets presented in construct-based and justification-anchored validity formulations and reflect on the implications for L2 testing.  A discussion of validity, especially given the nature of the language testing profession, necessitates that we also pay close attention to L2 construct representation.  The talk will address the theoretical underpinnings of the L2 construct and invite the profession to consider an expanded view of our theoretical orientation.  The talk will take up socially grounded frameworks, which advocate for localized theories of the L2 construct (Chalhoub-Deville, 2003), integrate consequences into technical quality documentation, and call for more realistic delineations of stakeholders and their roles.